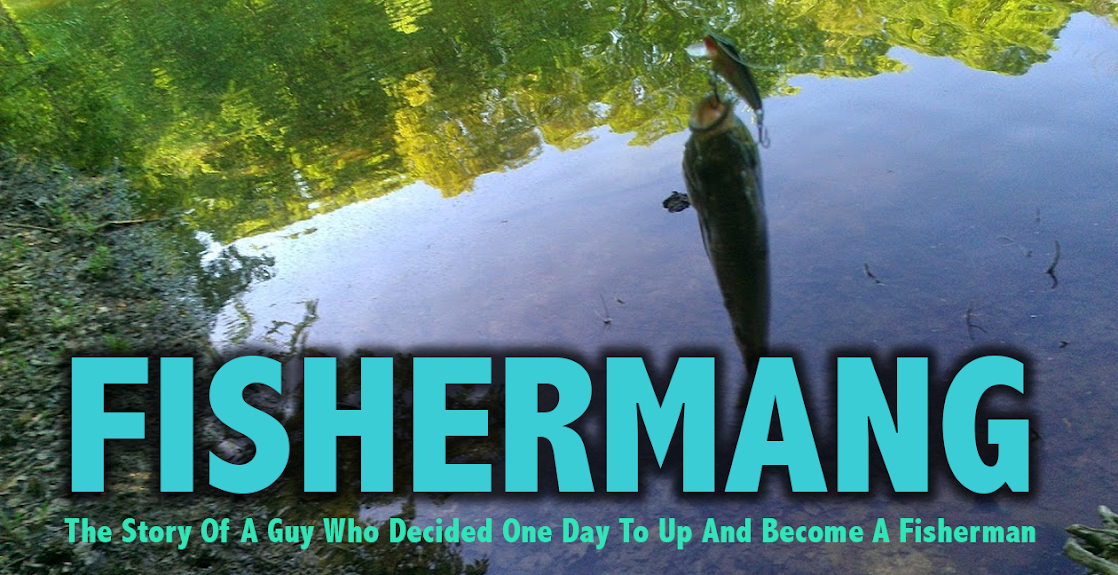 After 2 days of torrential downpour the water level of the lake had gone up quite a bit. All the weeds that were sticking out of the water were now completely submerged. This was throwing off my game a bit, but it didn't stop me from trying catch all the fish in the lake.

My first two fishing trips were very basic. Just casting out simple lures, not really doing much else. But this time, I decided it was time to try a few new tactics:

I still had my lure set up on the Gil Slayer, but I now had 3 new old broken fishing rods. I decided to take two of those rods and set them up for some slip bobber fishing. Google showed me how easy it was to set them up and within a few casts I had figured out how in the heck a slip bobber worked (ok, it took me way longer than that).

I started out with my lure, but after catching a 5 inch bluegill I didn't even get a single bite. So I switched over to my bobber rods. Unfortunately my worms were all dead (or not moving) but I figured I'd get my money's worth and use them anyway. I cast one out to the left, and one out to the right...

I wasn't doing much but losing bait with these setups, but I didn't quit. I sat...and I sat...and I sat. Eventually I forgot I even had my lines in the water and I started making some phone calls to figure out what party I was going to that night.

After getting my plans set I looked back out on the water. What the hell happened to my bobber!!! It was gone.

I picked up the rod, assuming my bobber fell off and floated away, and started to reel in to re-rig. And wouldn't you know it, there was a fish on the line! It was a BIG ONE!. I reeled it in fairly easily, and as it was approaching shore I thought for a second I had caught a shark...in a freshwater lake... 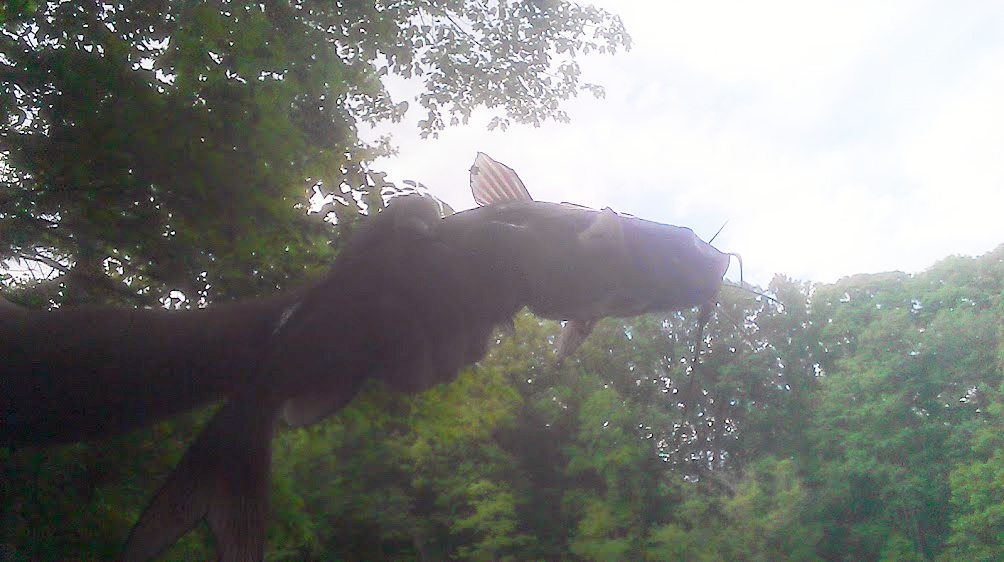 Of course it was not a shark. And I could tell by the whiskers, that this guy was a catfish (one of the only fish I can identify). And a big one, measuring at about 14 inches long. (after some Googling I found out it was a Blue Catfish).

I held the beast in my arms and had one terrible time removing the hook. He basically swallowed the whole thing. While I was de-hooking that son of a bitch was hissing at me and trying to poke me with his fins! Is that normal!?

A crowd gathered to see this fish, which was cool. I was proud. "This guy must know what he is doing!" Ummm YEP!

About 20 minutes after releasing my first cat into the water and while I was re-rigging the line (I cut the hook off) my other bobber went missing. I reeled in again shocked to find that I caught another blue catfish! This one was much smaller, but nonetheless I was super pumped.

I'm pretty much the greatest fisherman in the universe!


View The Daily Fishing Log Here
Posted by Chris Ford at 4:31 AM